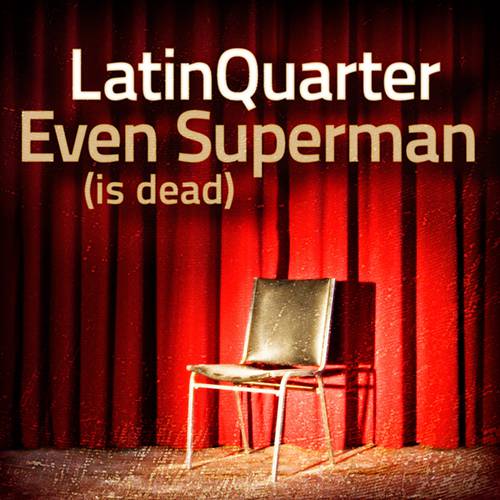 Even Superman, even Superman is dead
But there’s still bucks to be built out of the rubble where he bled
Take his cape and cut it into squares
And sell it long to uncertain people to show them someone cares.

Take his bright insignia take his gold and molten shield
Prepare your eyes for the sight of all the dread that it conceals.
Take Metropolis, take his love for Lois Lane
And ask ourselves why the hell we thought he’d ever kept us sane.

Even Superman’s no more
But can you answer the question
‘What did we invent him for?’
Even Superman’s expired
Too weak to wrestle with the world that he inspired.

The song “Even Superman (is dead)” was inspired first of all by the fact that DC Comics did kill off Superman in one of their comic strips. (Though after mass complaints, they brought him back to life.) But in feeling, the song is about any hero (Marx, Lennon, Obama…) none of whom seem to carry any real impact or inspiration any more.

But of course, there is still money to be made (still bucks to be made out of the rubble where he bled, take his cape and cut it into squares, and sell it long to uncertain people to show that someone cares.)

Latin Quarter - Even Superman (Is Dead)